Jurgen Klopp says Diogo Jota’s intensity made him stand out as an ideal Liverpool player before the Portugal forward even moved to Anfield.

Jota first caught Klopp’s attention with his work-rate and intelligence while playing for Wolves against Liverpool in the FA Cup in 2018.

Less than two years later, Klopp paid £41 million ($54 million) to sign Jota in a deal that already looks a bargain.

“I remember the first time I saw him I thought he could be a player for me because of how intense he was in all situations,” Klopp said on Friday.

“Technically he was on a really high level but the intensity he puts in makes all the difference as at our level all players have technical quality.

“You make a difference with your attitude and that was what I was most excited about adding Diogo to the mix.”

Deputising for the injured Roberto Firmino, Jota has scored four goals in his past three matches, including one in Wednesday’s Merseyside derby at Everton.

The 24-year-old has nine goals in all competitions this season, silencing the critics who said he did not score enough at Wolves.

“People said he didn’t score an awful lot of goals but the problem is Wolves had the most intense style of play for offensive wingers,” Klopp said ahead of Jota’s return to Molineux to face his old club on Saturday.

“Raul Jimenez was allowed to stay up but the rest had to cover the whole pitch and it costs you energy. And he was very young then.

“All that made it very interesting for us and it was clear he would make the next steps with us. What I didn’t know when I saw him first is Diogo is an incredible package.”

Jota is not the only Liverpool forward in red-hot form this season.

Mohamed Salah, once criticised for being too selfish on the pitch, has provided eight assists in 14 league games to go with his 13 league goals.

Praising Salah’s development, Klopp denied he had spoken to the Egypt star in an effort to make him more of a team player.

“It’s not a coincidence but we didn’t have a specific talk about that as these things happen naturally,” said the Liverpool boss, whose side are third in the table, two points behind leaders Chelsea.

“He was never criticised by us for being too selfish because he never was. For a striker who comes in situations where we want him to finish off and from time to time oversees a mate who is maybe in a better position is completely normal.

“What helps a lot is experience, being in similar situations for plenty of times that you know what happens when we are there.” 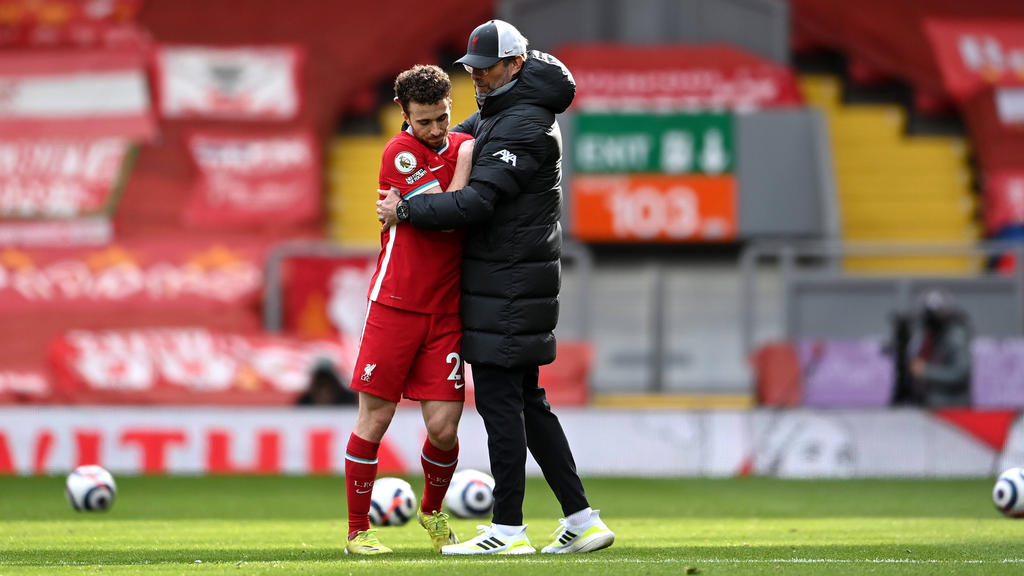